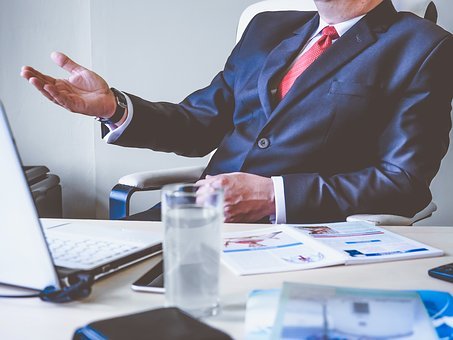 Back in 1990 (!), I read a book that changed my life. It was Deborah Tannen’s book You Just Don’t Understand: Women and Men in Conversation. Dr. Tannen is a linguist who studies language rituals, signals and devices, and this book was about her research on how these rituals, signals and devices are different between the genders. The key premise of this book is that MOST (but not all) men and MOST (but not all) women tend to have different rules/cultures around conversation. For women, language and dialog are meant to connect and form relationships on equal footing. For men, language and dialog are meant to negotiate status and convey information. That is, women seek to include, find common ground, and share personal information in order to connect with those they like. Men, however, tend to “compete” in their rituals by seeking to be more knowledgeable, successful, and maintain an “alpha” status.  This permeates much of our world in work and at home. (And, as a side bar, it explains the stereotypes of “mean girls,” who exclude and put down those who are not IN their circle. And, it explains “mansplaining”—the tendency of some men to take an expert role to tell women things that they did not ask to learn or wish to hear about.)

Jump ahead to 2019 and now I am reading Why Do So Many Incompetent Men Become Leaders? (And How to Fix It) by Tomas Chamorro-Premuzic.  The title is fairy provocative, but the book is about how many of us equate leadership potential with a set of destructive personality characteristics like narcissism and confidence. And, guess which gender TENDS to show more of these destructive personality traits? You guessed it, men. And since we all know the facts about how many more men have senior leadership roles compared to women, well, there you go.

Written nearly 20 years apart, these books are looking at concepts that to me, are quite related. That is, there are conversational and behavioral tendencies and expectations that people demonstrate, and that others expect, that influence how we view who will make a “good leader.” Mind you, it is not the facts about who really IS a good leader, but our notion of who we think will be a good leader, given the degree to which they show up as what we believe a good leader to be. In other words, this is bias, plain and simple. But it’s a bias like many others and is unconscious yet powerful.

I could go several different directions with this concept—and I will in subsequent blogs—but for today, I just want to talk about the expectation that good leaders are both confident and competent. I can’t argue that. I, too, value those traits in a leader. But all too often, it is not those traits that we really see when evaluating leaders. That is, we have beliefs about what confidence and competence look like, and those who fit our beliefs are those we tend to think have leadership potential. In Dr. Chamorro-Premuzic’s book, he makes the statement that competence is how good you are at something and confidence is how good you THINK you are. He explains further that competence is the ability, and confidence is the belief in that ability.

And, guess who tends to believe they have more ability? If we go by the 360 assessments I see, 80% of men in my practice overrate themselves, compared to their raters. And, 80% of women under-rate themselves compared to how their raters see them! That is, more of the women I know are harder on themselves than the men I work with. The level of their ability may be no different. But overall, women don’t believe that as much as men.

Bringing this back to Dr. Tannen’s work, if I (as a typical female) want to connect with others, I may unconsciously try to downplay my confidence so as not to dominate or compete. While a typical man may unconsciously try to overstate their confidence to assure their status as one up. I have seen this pattern over and over in myself, my friends and other women leaders. We are uncomfortable believing and acting with the competence that we actually have, because we don’t want to be disconnected with others AND because the world calls us “bossy”—or other b-words, if we “act like men” in this way.

And, it is starting to make me angry. I’m angry because we women contribute to this, AND because so many others (e.g. men and women alike) keep identifying leaders as those who are more confident acting. Sometimes meaning arrogant and superior. When I ask people to describe the characteristics of the best leaders they have worked with, NEVER has anyone identified arrogant or superior as one of those characteristics. Yet, we keep choosing (and even electing) leaders like that time after time.

Many organizations are taking the time and making the effort to identify and invest in their “high potentials.” For those who do so, make sure you take the time to distinguish between confidence and competence, and make an extra effort to measure real COMPETENCE, not faux CONFIDENCE. It can be accomplished, and I would be glad to help you do it. Just send me an email.