The Impact of Power on Inclusion 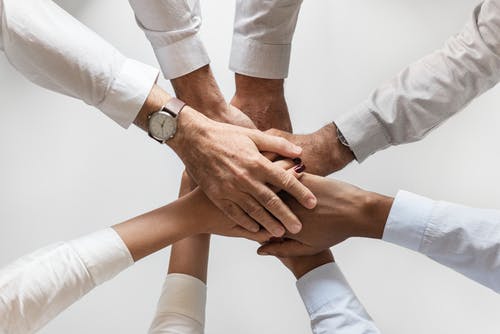 Recently, we have been talking a lot about Diversity and Inclusion at The Bailey Group. Previous blog posts from both Barb Krantz Taylor and Leigh Bailey have included some of these thoughts.

One of Leigh’s messages was that good intentions about D&I are wonderful, but they are often not enough. Barb wrote about understanding our natural impulse to move away from others that our brain categorizes as outside of our “in group” and developing the skills to move towards others. We can widen our circle of “us” and decrease our circle of “them” through awareness and commitment.

To deepen the discussion further, consider the effect power has on inclusion. “Experiencing power changes the way you think, perceive, and relate. [It] creates psychological distance between the powerful person and everything else.” says Batia Wiesenfeld, a management professor at New York University’s Stern School of Business.

Specifically, there is evidence that power changes the way the brain sees others. Those with more power have less stimulation in the motor neuron area of the brain that helps us relate, resulting in decreased recognition of other’s concerns. A poignant example of this comes from a study in 2006 by Adam Galinsky at the Northwestern University Kellogg School of Management that asked participants to draw the letter E on their forehead for others to view. Those feeling powerful were three times more likely to draw the E the right way to themselves—and backwards to everyone else. An idea put forward by Susan Fiske, a Princeton psychology professor, is that power lessens the need for a nuanced read of people, since it gives us command of resources we once had to cajole from others.

The fact that subordinates tend to mimic the expression and body language of their supervisors can aggravate this problem. Following other’s physical cues, such as smiling when others smile, helps trigger the same feelings others are experiencing and provides a window into where they are coming from. Those in power are not getting feedback, either verbally or physically, to build empathy because they are always being mimicked and doing minimal mimicking.

Additionally, research by Dacher Keltner, a psychology teacher at UC Berkeley, has found that those with power are less likely to see social constraints on their behavior or to recall potential obstacles standing in the way. This risk-taking can set you apart from the competition but such behaviors and perspectives can also decrease inclusion in your team and organization.

The effect of power on the brain has a multifaceted impact on inclusion. First, leaders’ goals become all consuming, stifling ideas and thoughts from those below them. Second, those with power are less able to make out people’s individual traits and they rely more heavily on stereotypes and biases. Third, psychological distance from others can enhance the “in” group bias. In extreme cases the diminishment of social constraints, the psychological distance, and decreased recognition of other’s concerns/feelings can lead to corruption (think about Harvey Weinstein or Matt Lauer).

The good news is that the impacts of power on inclusion are not set in stone. Below are some small steps that can have a big impact:

Awareness of the impact of power on inclusion, coupled with small action steps, can help broaden inclusion in your organization. Certain of those steps may feel difficult to undertake, even though they are small in nature. If you want assistance, contact us here.