The Power of Three: Focus for CEOs 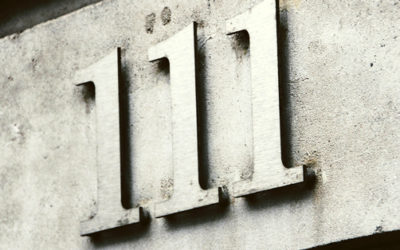 Would you refuse a $500,000 payday to give a one-hour speech because you were too busy? According to an article by Adrian Dayton that is exactly what Sir Richard Branson did. It seems that Sir Richard only focuses on three main priorities; speaking for a fee is not one of them.

There are a few messages here:
Don’t chase the money. I know that you don’t have Branson’s billions, but the same holds true for your business. Your initial reaction is to chase any revenue stream to keep your business going. But if it’s not in your wheelhouse or relevant in some way for the future, what have you really accomplished?

Stay focused on the most important tasks at hand, and don’t allow yourself to be distracted. That is the way to achieve sustainable success.

The Power of Three
Branson chooses three items to focus on and there is good precedent for his model. We tend to remember things in groupings of three because it is the way the human brain functions the best:

CEO Focus
As a CEO, you have three main priorities for focus:

Everything else revolves around these areas. Keeping this in mind will keep you focused on what is essential, and it will have the same effect on your team.

In addition, having only three priorities helps you to practice the art of saying “no”. If you feel that there is too much clutter in your business and or personal life, then you have not said “no” often enough. It is easier to say “no” than to disappoint others by not accomplishing what you have promised, or by making yourself miserable because you are overworked.

Keep working on viewing the world in groups of three and someday you might have the time to say “yes” to that $500,000 speech! Send me an email and I’d be happy to help you focus.