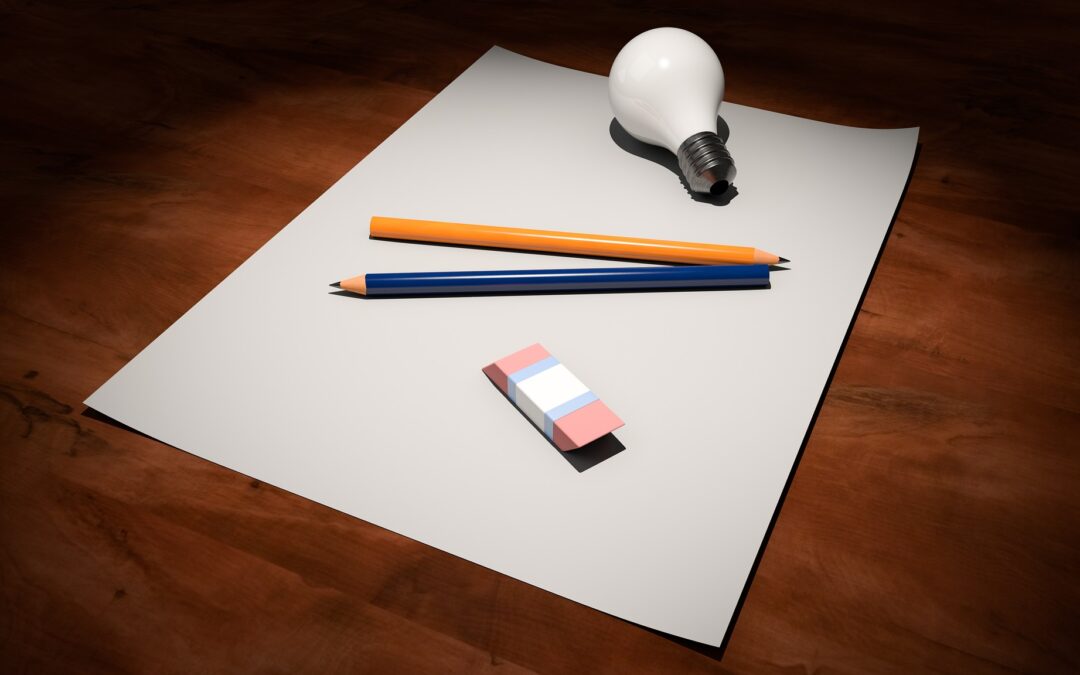 As a young IBM sales trainee, more years ago than I would like to admit, we were introduced to the THINK slogan which was even painted on the steps inside the training facility in Endicott, NY.

Here is a brief history from Wikipedia:

The “THINK” slogan was first used by Thomas J. Watson in December 1911, while managing the sales and advertising departments at the National cash Register Company. At an uninspiring sales meeting, Watson interrupted, saying “The trouble with every one of us is that we don’t think enough. We don’t get paid for working with our feet — we get paid for working with our heads.”  Watson then wrote THINK on the easel.

In 1914, Watson brought the slogan with him to the Computing Tabulating-Recording company (CTR) and its subsidiaries, all of which later became IBM.   THINK is also an IBM trademark.

Asked later what he meant by the slogan, Watson replied, “By THINK I mean take everything into consideration. I refuse to make the sign more specific. If a man just sees THINK, he’ll find out what I mean. We’re not interested in a logic course.”

I don’t remember hearing about Tom Watson’s reason for THINK, but everyone knew that we were expected to use our best judgement whether with a customer or internal situation.  “The IBM Way” centered around a set of guiding principles regarding respect for the individual, excellent customer service, and pursuit of excellence. More than just words, we were expected to ACT that way in everything that we did. Another way of approaching how to act was very simple:

Those standards and attributes held the company in good stead for decades through depression, world war, social unrest, and multiple technology trends. From an employee standpoint, it represented an atmosphere whereby we became friends for life with colleagues and their families. It was the same way with customers. We built deep and long-standing relationships that showed that we cared about more than just getting their business. That included having dinner with customer executives and our spouses and having customers and their families attending sporting events with us. The best attended event I experienced was with fathers and sons in a suite at Target Center for a WWF cage match featuring Hulk Hogan. Decades later people still talk about being there and remembered that it was courtesy of IBM.

I know that some of this sounds superficial, but it really was a special “family feel” both with colleagues and customers. It created a bond that everyone knew that we had each other’s best interests in mind especially when the inevitable difficult situation occurred. When that happened, we fixed it and customers never doubted that we would.

One would think, no pun intended, that this system was fool proof and sustainable no matter what the future held. Unfortunately, that was not the case. The environment produced one significant downside. We were too internally focused and not looking outwardly at competition. Smaller more nimble companies were able to take market share and customers at an alarming rate. After a few years of fumbling around, the board installed a customer as CEO.

The Lou Gerstner era had begun, and the byword became: THINK DIFFERENTLY!

Think differently applies to every company today as much as it did to IBM back in the early 1990s. Some things that I learned along the way might be useful in your situation.

Process with a Purpose

Process became a mantra, in companies small and large, to ensure that efforts would be repeatable. The problem became that most companies focused more on documenting the process steps than achieving the actual outcomes. Process for process sake was an effort in “checking a box” and produced very little in the way of tangible results. To be effective, process needs to be how you operate daily. Does your company suffer from that malady? One trainer noted that when a group of smart people solves a business problem without an effective documented process, next year another group of equally smart people will meet to solve the same problem. Does that happen in your company?

Whether you have a startup or mature company, the necessity to innovate and move quickly has become “table stakes” in a rapidly changing business environment. What separates the winners from the also rans, is the ability to anticipate inflection points before your competitor does. If you are stuck in the past ways of operating, like we were at IBM, you will likely miss new opportunities. I know a retired CEO of a billion-dollar company who had worked at multiple companies of similar size. He received the offer to be CEO because earlier in his career he had worked at a $20M early-stage company and the board was looking for someone who knew about innovation and moving quickly? Would you be hired if either of those attributes were the main criteria for your current position?

Walk Away if Necessary

There is a time-honored adage in M&A work that you shouldn’t “fall in love with the deal.”  You need to have the mindset that you can “walk away” from the negotiating table at any time and not look back. In like manner, those companies and individuals who are stuck in the past, are holding on to obsolete products, services, and hiring practices at their own detriment. Not to mention customers and skilled employees who are no longer needed. Lou Gerstner saw what needed to be done at IBM and took a $10B write off to cover getting rid of obsolete inventory, sheading headcount, and unneeded real estate. It sent a message to investors, employees, and customers that we were starting to THINK DIFFERENTLY and in a positive way. Are you taking any bold steps, and walking away from antiquated ideas?

Thinking differently involves a mindset change that starts with easily viewed practices. I stopped wearing white shirts during my final years with Big Blue as a means of sending an outward message to employees that they should not be afraid to challenge past norms. I trust that you are doing something similar today.