Wait a minute, I thought that was YOUR job? 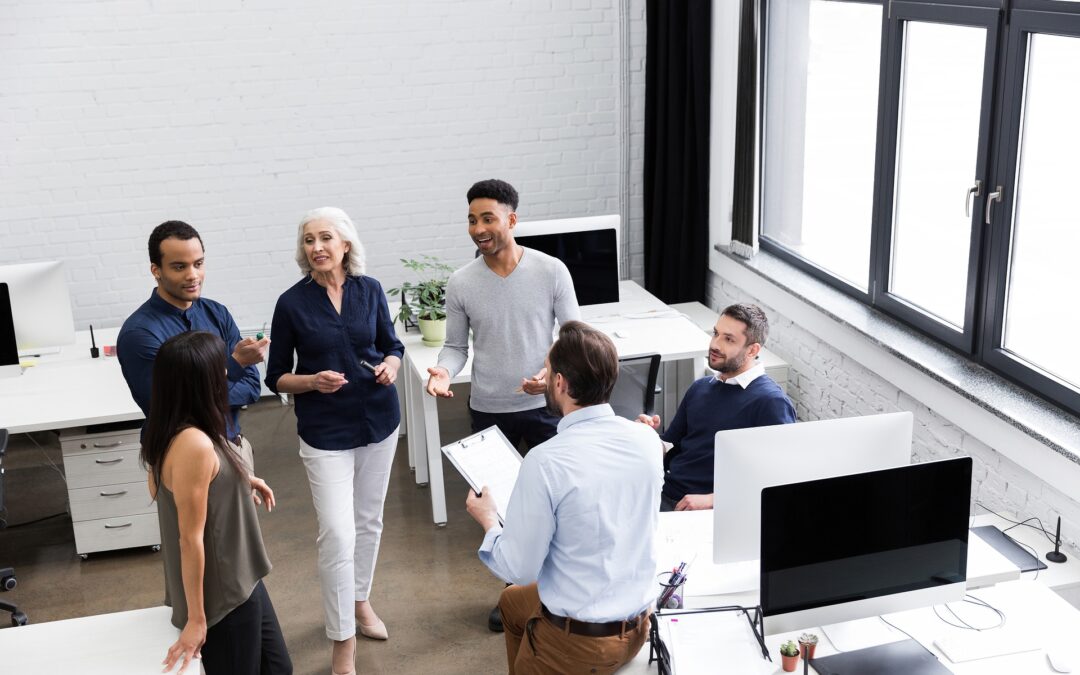 Raise your hand if you have ever experienced a situation where someone (a colleague or direct report) seems to be giving you work that you believe is theirs…I can bet that I see a lot of hands. Often this phrase springs to mind when someone makes a statement that has an unspoken implication that they assume it is your job to “take a monkey” (Aside:  If you’re not familiar, this refers to a metaphor for a burden you take on when you accept someone else’s problems/responsibilities.  That is, you’re taking the monkey off their back and putting it onto yours)

Here’s an example (and a situation that I have talked with hundreds of leaders about, by the way):

A CEO makes a controversial decision.  He/she announces it to all employees.  One of the direct reports of the CEO (let’s name him George) comes to the CEO the following week saying something like, “Jane” (a direct report of George’s) doesn’t “understand” the decision.  As they explain what Jane is feeling and thinking, you learn that the phrase “doesn’t understand” is really code for “angry about”.  You also learn that many of Jane’s reasons for her feelings are based on inaccurate or incomplete information.  After George lays this on you, he then pauses….expectantly.

At this point, many leaders find that “Wait a minute, I thought it was YOUR job to lead Jane.  What do you want ME to do about it?” comes to mind. This exact situation may not have occurred to you, but if you are like most leaders, it isn’t uncommon that employees say things that seem to imply you’re supposed to “take their monkey”.

The reason I find leaders struggle with scenarios like these is because there are actually 5 issues that could be at play here—perhaps more than one.

Here are the five issues:

I have talked to many a leader who is stumped by this situation.  They aren’t sure what issue is operating (though I often find they have a strong suspicion about which one they think it is).

If only the employee would have asked something like “I am having a challenge with a situation, I’d like to talk it over with you”. Every leader I know would say YES to that request. However, it’s something about ambiguity of which issue is operating—and the potential that there are more than one—that trip people up.

This will hopefully help you understand which issues are operating and help you give the monkey back to your employee!  Engaging in this dialog is a non-judgmental way to figure out if roles and responsibilities are unclear, or it the two of you have a misaligned mindset.  THEN you can solve the appropriate issue.  I’d be glad to process your monkey situation at anytime! Call me.